Home » Low Carb Vs Low Fat Diet – Which Is Right For You?

Low Carb Vs Low Fat Diet – Which Is Right For You?

Trying to decide between a low carb vs low fat diet? Which one is right for you?

What? It can be completely confusing for you as a dieter. So which one really works?

Well, the good news is that both diets work – but it depends on YOU!

Yes, you are the deciding factor. Before we get to that though, let’s back up and define what I mean by a low carb diet vs a low fat diet.

There are basically 3 types of energy/fuel units that make up your diet – protein, fats and carbs (there are micronutrients and vitamins, minerals, etc, but we won’t get into that for this article).

Most low carb diets generally try to keep your daily carbs around 30 grams a day. The idea behind the diet is this: carbs require your body to release insulin. Insulin keeps your blood sugar under control. But it’s also a fat storage hormone, signalling your body to store fat.

So when you eat too many carbs, your body goes into fat-storage mode and you store the extra carbs as fat due to the hormone insulin.

Now for the low fat diet. Using the ratio example above, a low fat diet reduces your ratio of fat calories and increases your amount of either carbs or protein – usually both.

Another reasoning behind this is that our body’s don’t need to do much to process the fat we eat. So it easily gets placed in our fat stores. However protein and carbs do take energy to digest and process – so less of these calories get stored as fat.

Obviously, there’s a lot more details about these two diets we could cover, but that’s a general overview.

Now let’s talk about you. You are unique and your body works in it’s own way with unique needs.

So it will actually tell you which diet is best. How? With results and energy. For example, the first few days of any diet, you’ll probably be a bit tired. But if you’re still tired after a week – that’s not a good sign.

Another way your body talks to you is by the weight loss results you’re getting. So for example, if you aren’t losing weight after a week on your diet (especially the first week!) and you’ve stuck to it faithfully, that’s a sign the diet isn’t right for you.

I’ll give you an example. I’ve tried both low carb and low fat diets.

For a while I was convinced that low carb was the way to go. And I did lose weight on a low carb plan.. But after a while I noticed that I felt awful on a low carb program. I had no energy and was really down. I felt apathetic and didn’t want to do anything!

But once I started adding carbs into my diet (and cutting the fat), I not only lost weight but I started feeling more energetic and happier. Now I didn’t go overboard with the carbs, but I definitely increased them and noticed a big difference.

So my body obviously needed more carbs than the 30 – 40 grams a day I was giving it.

Another thing I noticed is that when I ate more fat (from the low carb diet), I felt really tired. So that told me that my body wasn’t so good at digesting fats – whereas someone else might be fine with that level of fat in their diet and not feel tired.

So the bottom line is that you have to find out what works for your body. I would suggest you try both types of diets for at least a week if not a month – and see what happens. Your body will give you feedback on what it likes and what it doesn’t like. And then you’ll have found the best weight loss plan for you!

A Liquid Diet For Weight Loss – Does It Work? 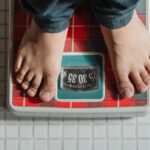 How Much Weight Can You Lose in a Month? All You Need to Know How To Lose Weight Faster using Water
previousHow Long Should You Follow a Diet?
nextMake Healthy Eating an Everyday Routine